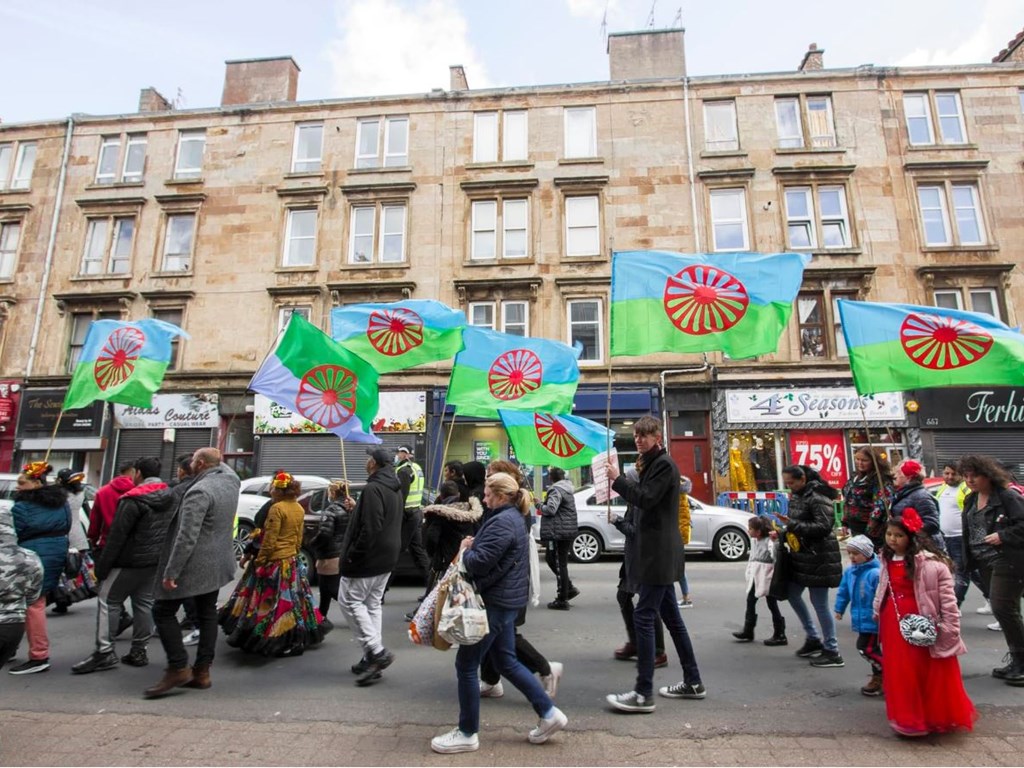 Scottish Government analysis of the 2011 Census data showed that when compared to the ‘White: Scottish’ group, Gypsy/Travellers were twice as likely to have a long-term health problem and were three times more likely to report ‘bad’ or ‘very bad’ health.  In fact, the analysis showed that on every indicator of what is required to live a happy, productive and fulfilled life, Gypsy/Travellers were worse off than any other community in Scotland.1

Some of the inequalities experienced by the Gypsy/Traveller community are:

PHS has been working with partners for several years to help reduce inequalities experienced by the Gypsy/Traveller community. Thanks to the concerted effort by national and local partners to work innovatively and collaboratively, we are starting to see real change.

We’ve worked with Scottish Government and COSLA to shape and inform the national action plan, ensuring improving health outcomes is a key component, and working with partners on actions within the associated health and wellbeing delivery plan.

Improving Health Outcomes – on the ground

We’ve contributed to proposals that have seen pilot projects set up in local areas.

Community Health Matters is a project delivered by MECOPP, which has seen local Gypsy/Traveller women trained as Community Health Workers (CHW). The aim being to work with people in their community to understand and address health and wellbeing issues. It has been up and running for just over six months, with five CHWs in place and is making a difference.  They provide support including: assistance with GP registration, accompanying people to healthcare and covid vaccination appointments, undertaking Mental Health First Aid training and raising awareness of services available to those with mental health conditions. They also identify and act on cross cutting issues such as accommodation and education to improve overall wellbeing. The project will be evaluated later in the year, but it is already showing the impact building trusted relationships can have on supporting people to access services.

Access to Healthcare – GP Registration cards which aim to make registering with a GP easier have been developed in partnership. Gypsy/Travellers have regularly reported difficulty when registering with a GP, often because they do not have a permanent address or identification, neither of which is needed to register. The cards inform patients and front-line staff of the right everyone has to primary care and have proved a popular aide.

Probably the most valuable achievement is the cross-sector relationships established and built between Scottish Government, COSLA, local health board and HSCP colleagues, and key third sector partners. PHS established and manages the NHS and HSCP Gypsy/Traveller Forum, which brings people working with Gypsy/Travellers in local areas together to share their learning and experiences. It also enables them to influence national policy. This joined up approach to the work has provided opportunities for collaboration such as:

Partnership working with local areas and third sector organisations allows us to connect with and hear directly from local Gypsy/Traveller communities, which is essential when we’re planning and redesigning services.

We know there is still a way to go. Analysis of the 2022 census will give us some insight in to whether things have improved over the last 10 years for Scotland’s Gypsy/Travellers. In the meantime, PHS will continue to work with partners on improving access to services, particularly in primary care, supporting Gypsy/Travellers to understand their rights to healthcare, raising awareness of the inequalities experienced by Gypsy/Travellers and highlighting where change is needed.

We use cookies on this website which are essential for it to work. We also use non-essential cookies to help us improve our websites, which you can opt out of in cookie settings. Any data collected is anonymised. By continuing to use this site, you agree to our use of cookies.